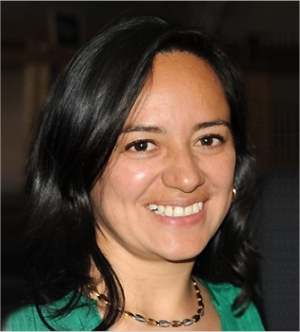 María del Pilar Ramírez Gröbli is associated postdoc researcher at the Center for Global Studies, of the University of Bern. She is Working Group Coordinator of the Colombian Association of Researchers (ACIS) in the German-speaking Switzerland. In 2014 she has completed her PhD Studies in the Doctoral Program “Organization und Culture” at the University of St. Gallen, Switzerland. From January 2010 to 2014 she worked as Department Assistant and as a Teacher Fellow at the Department of Spanish Language and Literature at the same University. In 2007, she graduated as Lic. Phil I in Spanish and Political Science at the University of Zürich. In 1999, obtained a Master in International Relations at the Universidad Javeriana, Bogotá, and in 1994 she completed a Licentiate Degree in Spanish and English Literature at the Universidad Pedagógica Nacional, Bogotá, Colombia.